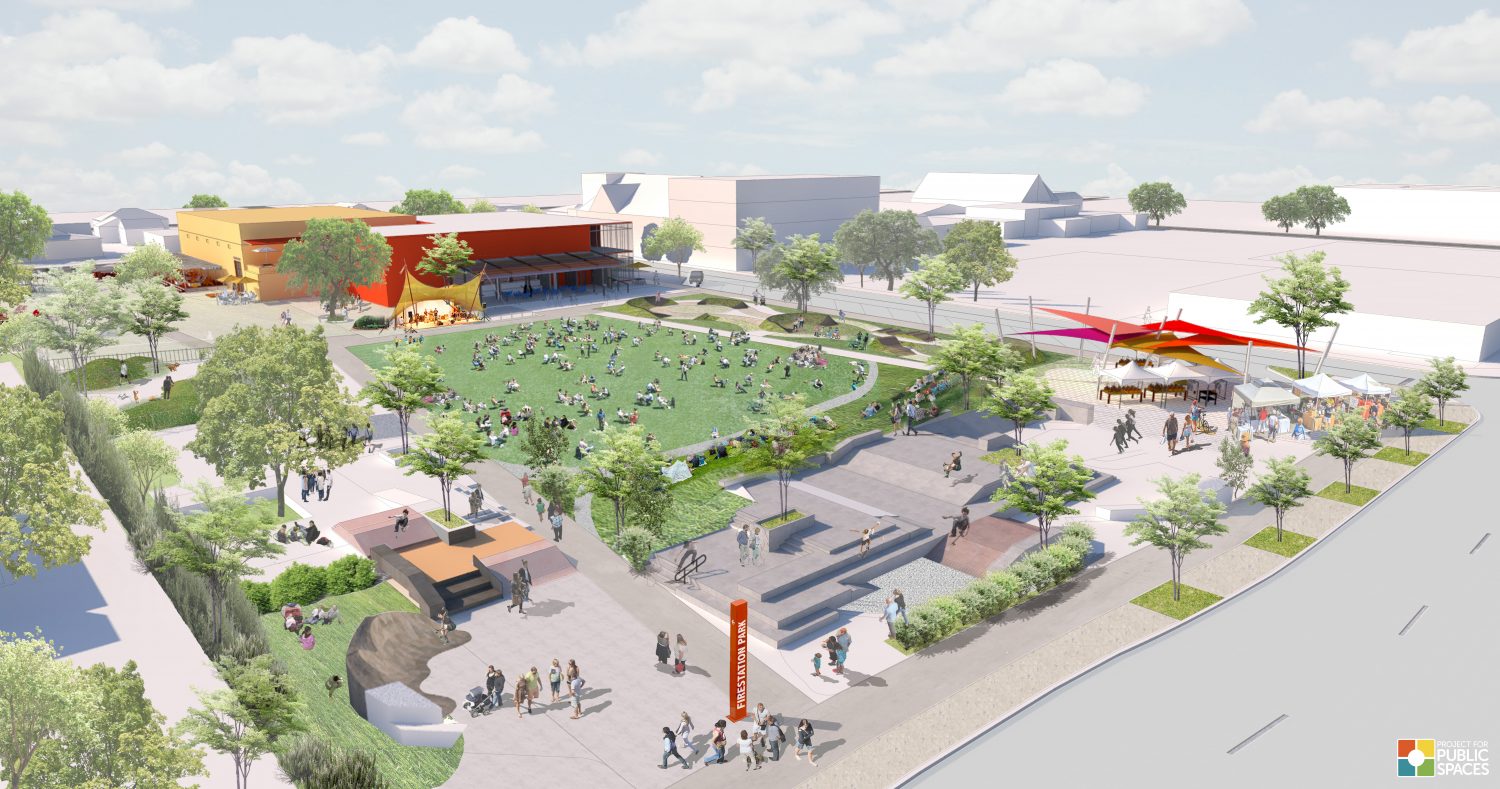 The City of Fort Worth has officially adopted the community-supported Fire Station Park master plan, a new signature public space in the Near Southside that includes an urban skate park as a primary feature alongside a bike track, central green and market plaza.

o $500,000 from community partners and foundations

We need your help in order to make this happen! 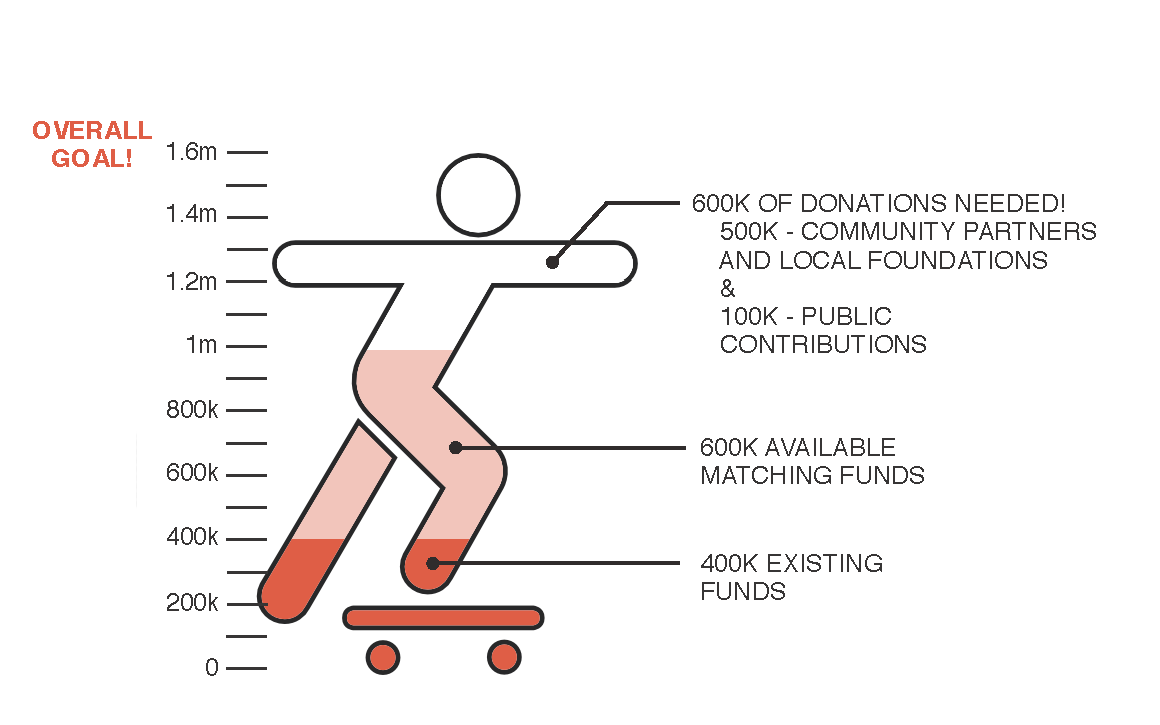 HISTORY OF THE EFFORT

In early 2016, Near Southside, Inc., joined by the Hemphill Corridor Task Force and neighborhood groups, led the effort for the City’s acquisition of a vacant parcel of land at 1616 Hemphill adjacent to the Fire Station Community Center in the Fairmount neighborhood of Fort Worth.

In December 2016, Near Southside, Inc. and consulting partner Project for Public Spacesheld the first Envision Hemphill workshop inviting community members to share their dreams for the park’s master plan. Hundreds of Near Southsiders expressed strong support for an urban skate park as a primary feature alongside a bike track, central green and market plaza. At each of these meetings, the skateboarding community arrived in force, expressing their support for the park expansion and passionate belief that it should include a skate park. It was encouraging to see this vision was also supported by so many non-skaters and longtime residents, as they saw that the skate park could coexist with other park elements and strengthen the park’s overall appeal.

Fort Worth’s skateboarding community is growing, with participants ranging in age from 5 to 65, all eagerly awaiting the moment when Fort Worth will have a more centrally-located skate park. Currently, the closest is approximately 13 miles away via toll road, which is not always an option for the young people who need it most. Meanwhile, each year, this community works over many months to build a temporary skate park in use for one day at Open Streets, an annual spring festival that closes down Magnolia Avenue. Thousands of skaters gather for a skate jam that stretches over two blocks of Magnolia, and showcases – in spectacular fashion – the hard work and community spirit of the Near Southside’s skateboard community.

Efforts like the Open Streets Skate Jam make this an exciting time for the sport of skateboarding, not only in Fort Worth’s Near Southside, but across the globe, with the growing popularity certain to increase when skateboarding makes its debut in the Summer Olympic Games in 2020.

In December 2017, Project for Public Spaces presented the first-draft concept design for the park expansion to over 150 community members at the Fire Station Community Center to share their thoughts and feedback on. Once again, community members provided their input on things such as design aesthetic, materials, and programming features of the park.

This master plan reflects ideas expressed by the surrounding community and presents a park that provides enjoyment for all users, with primary features including a pump track, central green, market plaza and most importantly, the skate park that received such strong support throughout the public meetings.

In 2018, PPS delivered an implementation report for the expansion of Fire Station Park.

In early 2019, the City approved the master plan for the park and allocated $400,000 in Near Southside park dedication funds towards phase 1 design and development.

Today, with your donation towards the Fire Station Park Expansion, the pieces and partners are lining up to bring that energy to Fort Worth.

Near Southside, Inc.’s Director of Urban Design and Placemaking, Allison Docker, at allison@nearsouthsidefw.org